At Cottage + Castle, we care about our clients, and the best way we honor that relationship is to be fair and to stand behind our work. 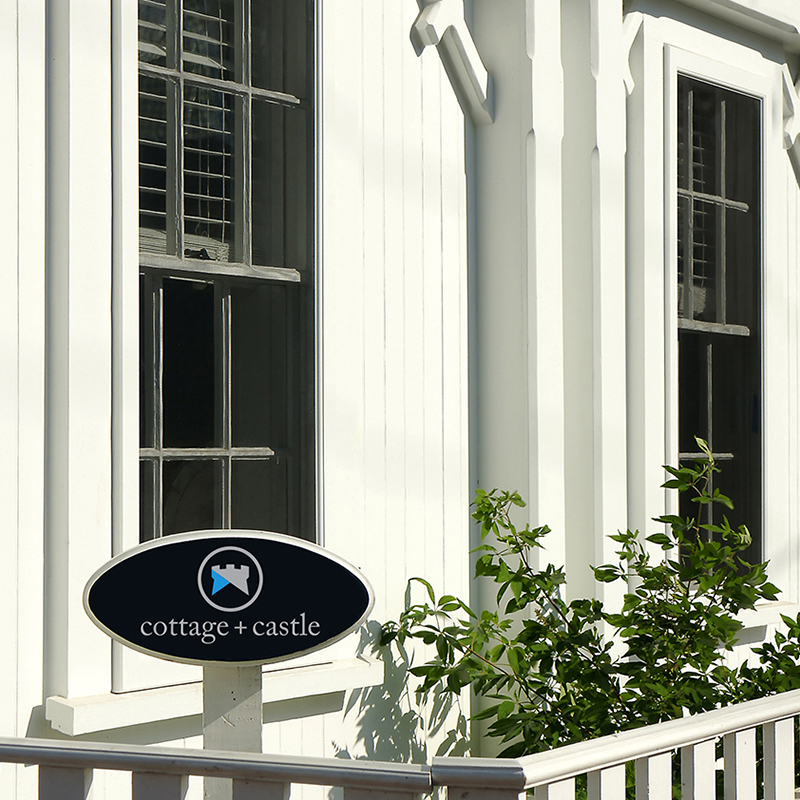 Cottage + Castle is owned and operated by Jamie Feeley, who believes in hard work and accountability. As a company, our product is the quality buildings that we construct, yet our focus is on building relationships: with our clients, with our employees and with our subcontractors. With that tenet in mind, we’ve built an incredible team over the years and the enthusiasm and skills engendered by that wonderful team yields some extraordinary results. 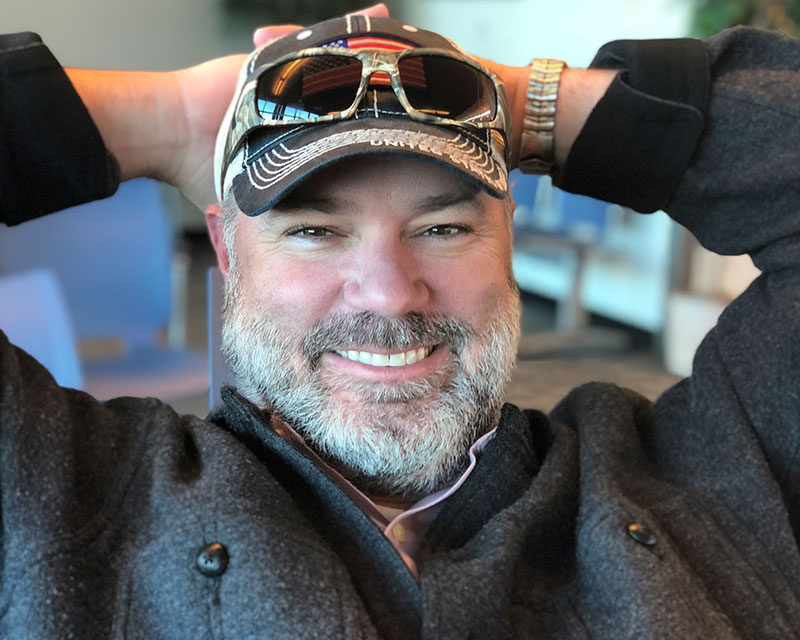 Jamie Feeley is the Founder and President of Cottage + Castle which is a multi-faceted property development and construction/consulting firm that has successfully constructed over sixty-five residential and commercial structures on Nantucket.  Jamie’s vision for Cottage + Castle has been guided by high quality craftsmanship, attention to detail, efficiency and customer relations.

Jamie holds a Bachelor of Arts from Boston College and he has over seventeen years of experience as a licensed Massachusetts Construction Supervisor. He is also a licensed real estate broker and private pilot.

In addition to his numerous high-end residential projects, Jamie was responsible for the renovation of the Chanticleer Restaurant and the construction of its employee dormitory, construction of six buildings at the Great Harbor Yacht Club, and the supervision of the fast-tracked construction of the Nantucket Hotel. Jamie also serves as a Construction Consultant/Supervisor for the ‘Sconset Beach Preservation Fund’s (“SBPF”) major beach and bluff erosion project.

Jamie has been a dedicated community volunteer serving as a member of the Nantucket’s Coastal Management Workgroup, Board Member of the Children’s House Montessori School of Nantucket and the Range Development Committee of the Nantucket Shooting Park.  He is also currently involved in launching a not-for-profit beach erosion and flood control advocacy group in the Town of Nantucket.

Jamie is an avid outdoorsman who loves spending time with his family enjoying all that Nantucket has to offer. 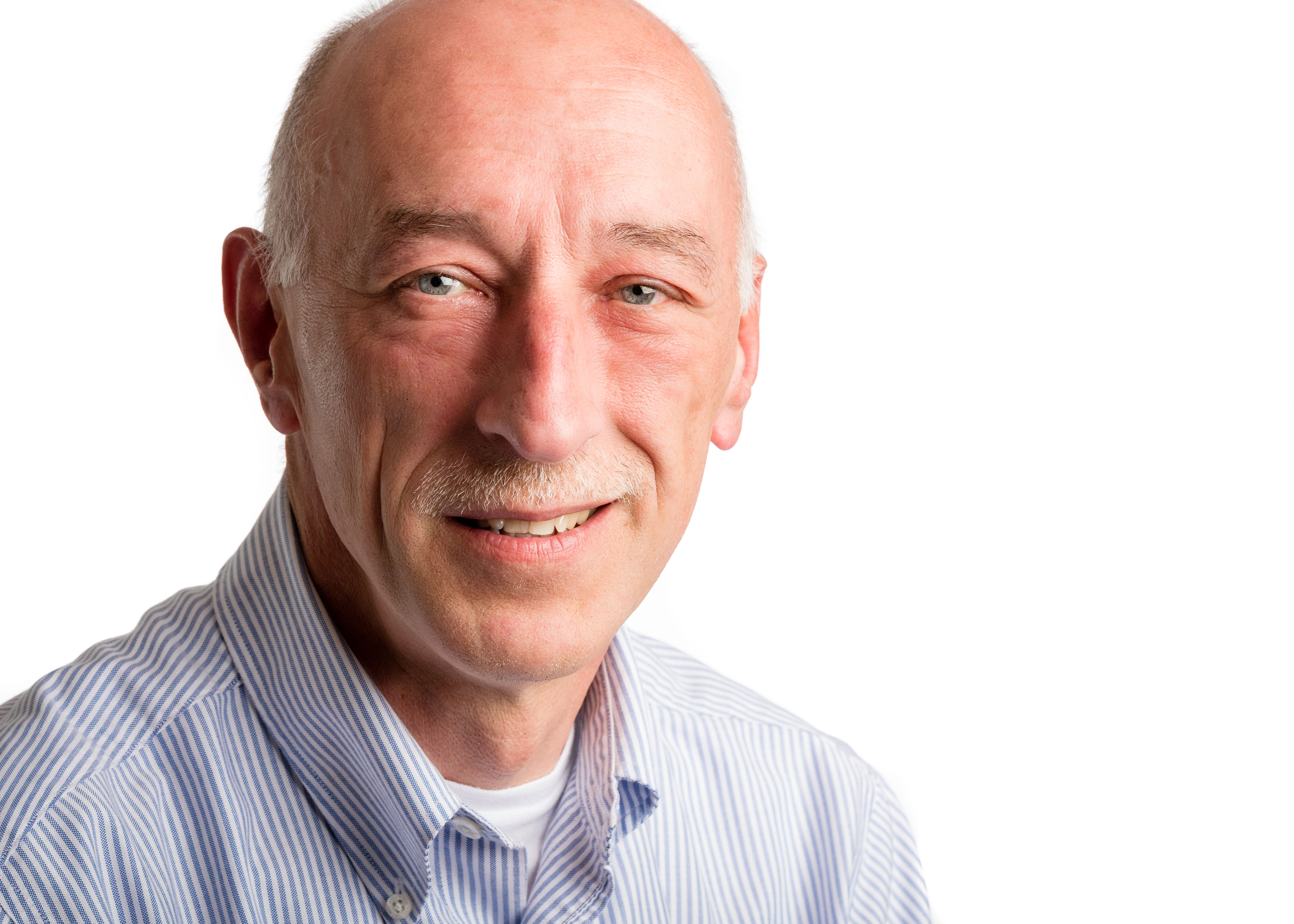 Roland joined Cottage + Castle, as CFO, in 2016.  He and his wife Carol, seasonal Nantucket residents since 1991, became year-round residents upon joining the Cottage + Castle team.  Roland has extensive experience in the areas of job cost/project accounting, business strategy, systems, technology, and operations.  Prior to joining the Cottage + Castle team, Roland was a Sr. Vice President with Bank of America’s Capital Markets Group, where he led the Enterprise Model Risk technology team.  He holds a Bachelor’s degree in Accounting and Finance from Fordham University.  He earned his Master’s degree from NYU Polytechnic, with a concentration in Information Technology Management.

Roland has a lifelong interest in construction, architecture, and historic structures.  He is an experienced home renovator having successfully completed projects on Nantucket, Fairfield County, CT and Binghamton, NY.  When not working on projects, Roland loves the outdoors.  He and his wife Carol are avid kayakers, hikers, and skiers; their interests include the local environment and economy, travel, and spending time with their family. 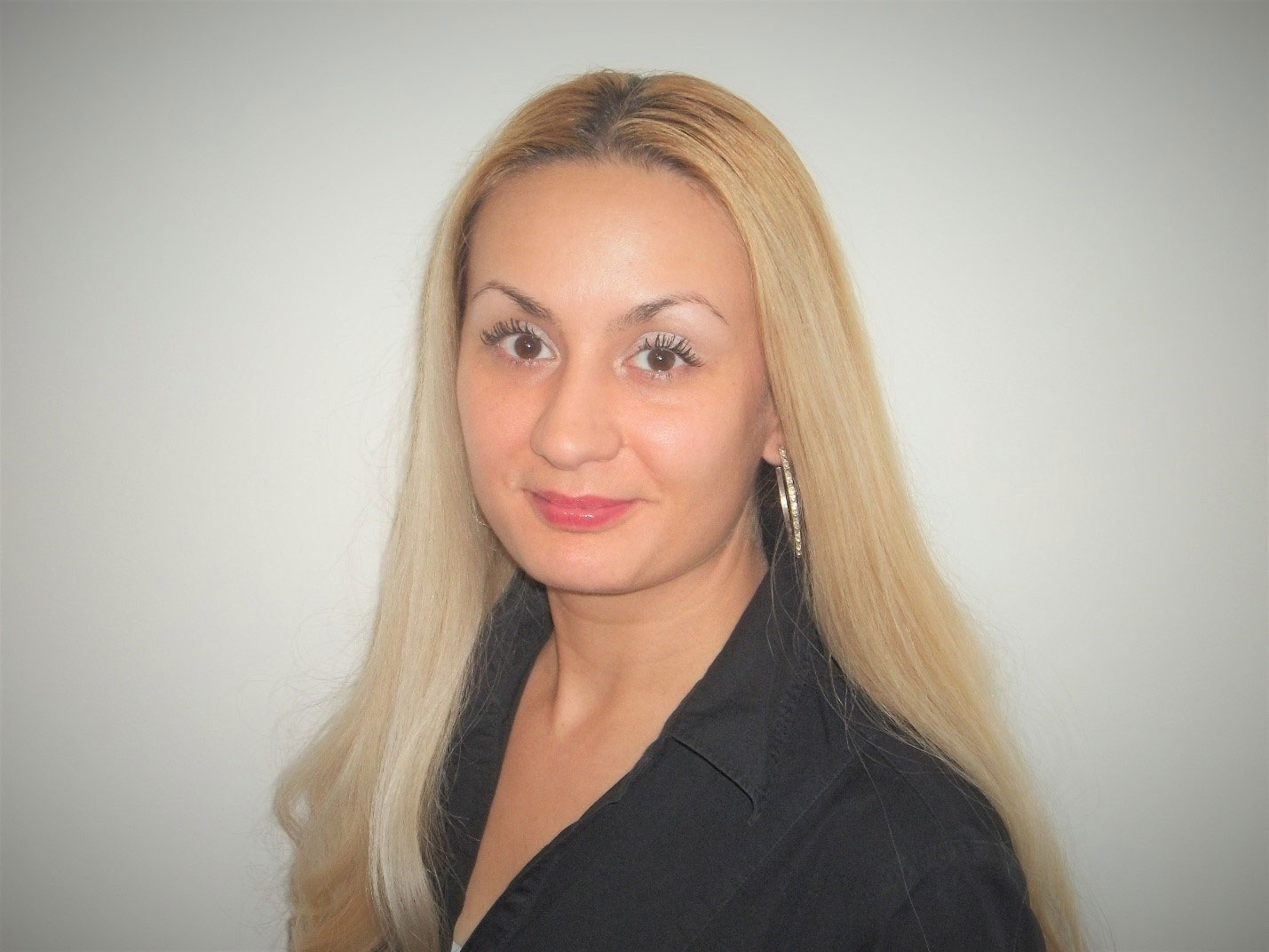 Jelena is the latest addition to the Cottage + Castle team. Prior to joining the company, she worked as an executive assistant to the CEO of a mid-sized conglomerate in Serbia. Jelena also worked as an online English teacher at a Japanese Eikaiwa school, instructing Japanese and Taiwanese students.

Jelena is an avid reader having earned BA degree in literature and post-grad certification in marketing and sales.  She has always been interested in ancient languages having spent her high school years studying Latin and Ancient Greek. She also studied Old Slavic as a part of her curriculum at the Department of Literature. Jelena is a speed reader, a skill she acquired as a student, which is a tool she abundantly uses as a part of her research and quantitative analytic skill sets.

She believes that her values – accountability, responsibility, dignity, and respect for all people – must be aligned with the values of the company she works for, where she considers Cottage + Castle a perfect match for herself.

She is a recent wash ashore, having landed on Nantucket in January 2019. 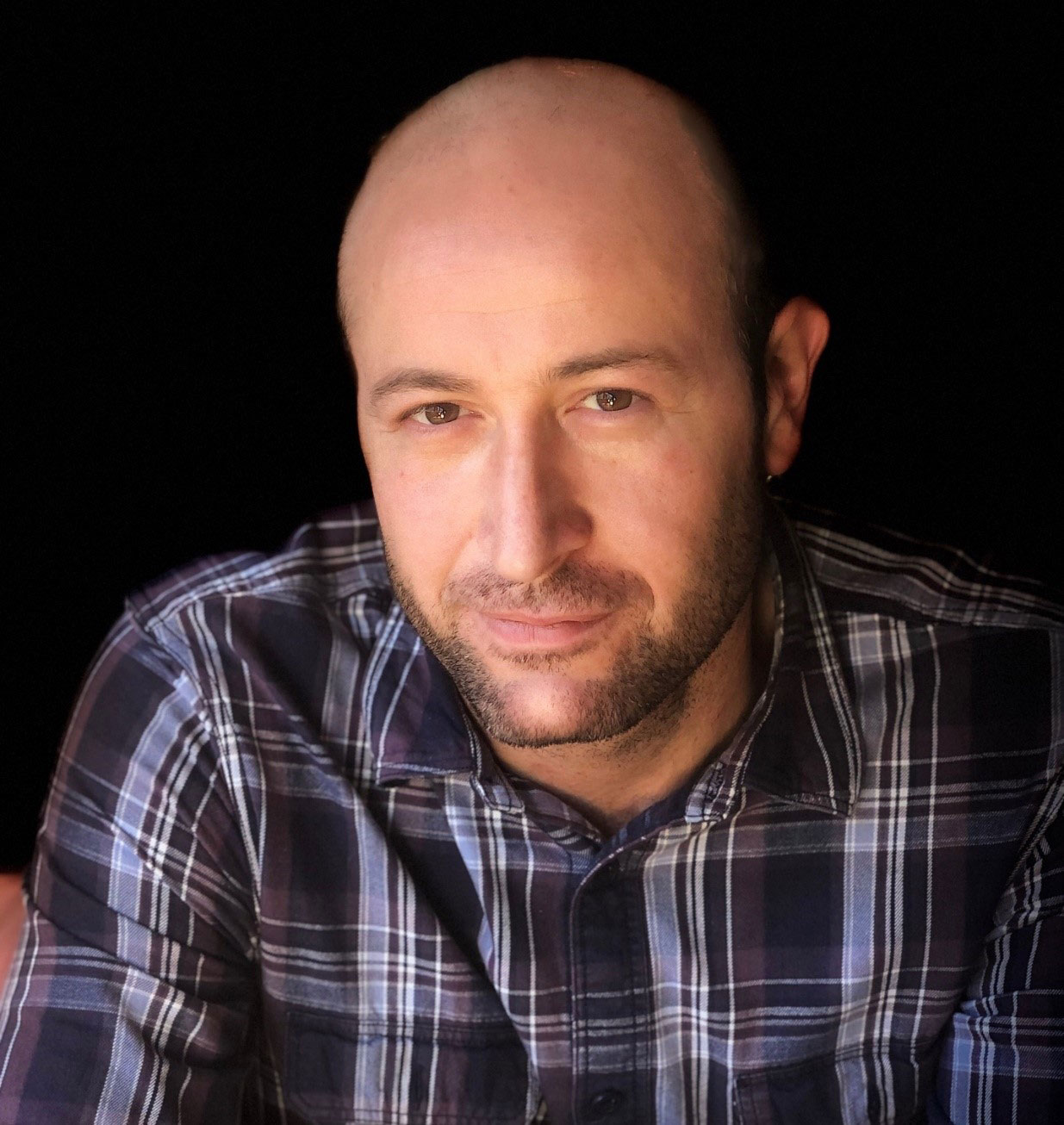 Ali Tepsurkayev is a construction supervisor who excels at high level of craftsmanship that Cottage + Castle delivers.  He has been working for the company, as a sub-contractor or an employee, for the past ten years, focusing on multiple high-end custom home projects.

Ali’s story is somewhat unusual. He grew up in traditional family surroundings in Alkhan Kala in Chechnya, a small city very close to the capital of Grozny.  Like all other boys in the neighborhood, he started training martial arts when he was 8.  Due to the influence of his uncle Khassan Baiev, a surgeon, Ali wanted to be a doctor.  In 1995 he took up competitive Taekwondo and in 1996, and 1997, became the Russian national black belt champion.

Horrors of the Russian-Chechen wars found Ali as a medical student. In almost impossible conditions, without medical supplies and medications, Ali was assisting his uncle, a plastic surgeon turned wartime medic, in the operating room, sometimes doing amputations with carpentry saws as they had nothing else.  Ali and Baiev were risking their lives as they were helping both injured Russian and Chechen soldiers, as required by Hippocratic oath and medical ethics.  As a result, they were targeted by both sides in the war

Being a younger brother of Reuters war photographer Adam Tepsurkayev, was another life-threatening fact for Ali.  Adam put his own life at risk by providing much needed information on the ongoing war and the atrocities to the Western news outlets.  After Adam was killed, and over a six-week period, Ali was held captive, beaten, and tortured.  His family arranged his ransom with the financial assistance of Ali’s uncle Baiev, who previously escaped to the USA.  Eventually, Ali found refuge in Vermont with the help of The Human Rights Watch group, his uncle, and many friends.  In Vermont Ali landed his first carpentry job.

In 2002 Ali won the super weight (2nd Dan) title in the World Taekwondo Championship in Toronto representing Germany, as he was not able to fight under Chechen flag due to Russian objections.  Despite political protests, Germany allowed him to raise Chechen flag during the medal ceremony.

Upon moving to Nantucket, Ali fell in love with the island and started a family while working his way through carpentry as his new career choice.

Ali’s attention to detail, acute focus on project layout, and commitment to the highest quality delivery, is what makes Ali a valuable member of the Cottage + Castle Team.  Today, Ali is not only a licensed construction supervisor, but also a passionate nature photographer.  He also enjoys traveling, meeting people, and exploring new places.  He believes in humanity and kindness to everyone and everything.   His values are family, friends, freedom, and life itself.  He is multilingual, speaking Russian and English fluently besides his native Chechen.

Ali’s remarkable journey from war-torn Chechnya and the makeshift operating wartime rooms to peaceful life in the USA is depicted in Khassan Baiev’s book “The Oath”. His story can also be found at http://calebdaniloff.com/articles/daniloffalistory.html